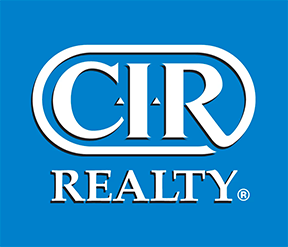 The Real Estate Market has continued to show signs of strength coming out of February and into Spring.  With sales across the Province increasing by over 11% compared to last February, that brings the year to date sales slightly above the past five years average activity. This still remains below the longer ten year averages but continues to show signs of stability in most of the markets. While the inventory levels climb coming into the busier Spring markets, the sales have been strong enough to offset it in most markets, allowing the months of inventory to drop which is ideal for price stability.

The hot spots in the Province were in the Lethbridge, Grand Prairie, and Calgary regions.  According to the Alberta Real Estate Association, the surge in sales year to date of over 21.6% year over year in Lethbridge has surpassed numbers as far back as 2008! The listing inventory has continued to climb in as well, but it has not kept up the pace to sales, so the months of inventory has been dropping. This is a great sign for the area as we have been concerned about the rising inventory levels in the Lethbridge region, but buyer confidence seems to be strong in the area. The Grand Prairie markets appear to have picked up steam due to the recent downward pressure in prices, whether that area has hit bottom remains to be seen as inventory levels remain quite high. And finally, Calgary where the sales have continued to outpace the new inventory coming onto the market which has led to the largest drop in months of inventory across the Province.

The challenged markets through the first couple of months are the Central Alberta and Medicine Hat areas.  The Red Deer area continues to be challenged with a rising unemployment levels. The Medicine Hat markets appear to be more of an over supply issue where the inventory is outpacing the sales activity.

As for CIR, we are seeing the showing activity for CIR's listings significantly increased in February over January jumping to over 6,200 showings. The high sales activity that we saw in the $300,000 - $400,000 range in February correlates with the above average showings in that range in January. We anticipate the same to happen in the move up markets in the coming months as a result of the higher than average number of showings in that range.

As a company, we have also experienced a significant uptick in sales. While Alberta had an increase of 11% in sales in February, CIR Realty had an uptick of 39% in February. We have been very happy to see that trend continue with an increase of 40% in the first week of March compared to last years numbers. While the numbers in 2019 were less than ideal, the numbers in February and March are the third best in the past decade.

There is a large degree of uncertainty in the world today which could end up slowing things down, but if these trends continue we anticipate a very busy Spring market. The necessity to understand the markets with in the markets continues to be so important in today's Real Estate Markets. The "new norm" for markets requires an understanding of how to position a home into the marketplace based on the activity occurring in order to get it sold. Having a strategy, pricing the home properly with a compelling price, and keeping the home in ideal condition for the pricing strategy are all key components to a sale in todays markets.

Happy selling and keep up the great work Team Blue!

Buy or Sell With Us

Buying a home is one of the largest purchases you'll ever make and you need a dedicated real estate team to ensure that you understand the different steps and aspects of your purchase.

Always Available For You

Questions? We got answers. Get in touch with us below and we will respond back in a timely manner.

What Our Clients Say

Integrity You Can Trust

Read what our client's have to say about working with the Sundre Home Team. You can count on Tom & Debra King to help you buy or sell your next home.

Office: 403-638-6439 Tom: 403-638-6439
trking1960@gmail.com
Debra: 403-638-8499
danwebster444@gmail.com
Dan: 403-477-7152
debraking1126@gmail.com
Sundre Home Team
Box 1277, Bay 3, 102 Centre Street N
Sundre, AB T0M 1X0
Follow us on:
Powered by myRealPage.com
Data is supplied by Pillar 9™ MLS® System. Pillar 9™ is the owner of the copyright in its MLS®System. Data is deemed reliable but is not guaranteed accurate by Pillar 9™.
The trademarks MLS®, Multiple Listing Service® and the associated logos are owned by The Canadian Real Estate Association (CREA) and identify the quality of services provided by real estate professionals who are members of CREA. Used under license.